The totals bet makes up one of the three most common bet types, alongside the moneyline and spread bets. However, it's the only one that doesn't focus on which team will win the game. Rather, the focus is on the total scoring of both combined.

The totals bet is a wager on the total combined score of both teams in a specific game. Sports bettors have the chance to bet on if the total points scored will be greater or lesser than a betting line set by sportsbooks before the game. This determines whether the result is a losing or winning bet.

This article will cover everything there is to know about totals bets, with a specific lens on the legal gambling market in Maryland, including plenty of examples to illustrate concepts.

There are plenty of Maryland betting sites that have opened in the state and have offered gamblers a chance to try their hand at the hobby. While previously limited to fantasy sports, residents of the Old Line State can now place a real money bet.

When choosing between legal sportsbooks, it's hard to make a bad decision. Here are some of the most popular in Maryland. Using these links will get you access to welcome bonuses and promotions.

Over/under bets, also known as totals bets, are a wager available to gamblers where they attempt to predict how many total points will be scored in a game. Before the game, sportsbooks release a line that gamblers can then bet on if they think the points scored will be greater or lesser.

How Does A Totals Bet Work in Maryland?

In Maryland, totals bets are available for virtually every sport. However, because the different sports use different scoring systems, there are a few unique features that accompany each sporting event.

Despite those small differences, the basic concept remains the same where the points scored by both teams must be compared to the original betting line.

How to Read the Over/Under

As an example, let's take a look at how some Maryland betting odds might look like for a game between the Baltimore Ravens and the Kansas City Chiefs.

When you're over/under betting, there are a few examples of factors that you need to be aware of in terms of the odds. The odds are the key to figuring out how much you stand to win, so you're going to want to know how to read them. Odds for over/under betting will be shown in American format in Maryland.

Plus odds are used for underdog selections in American format. Any selection with a 50% or less implied probability of happening will have plus odds. They represent how much can be won with a $100 bet.

Minus odds are used for selections with a stronger chance of occurring, over 50% to be precise. The number represents how much you need to risk to win $100.

A push occurs when the total points scored equals the betting total. This is considered a tie between the gambler and the sportsbook, meaning that everyone is returned their original stake but doesn't get any more than that.

How Prop Bets Work with Over/Unders in Maryland

While the main totals bet is one of the most popular, there are also other over/under bets in Maryland that can be considered prop bets. These are bets on smaller events within the game. A good example is betting the over/under on a smaller subset of the game, for example, betting on the points scored in the first quarter of a game.

The over/under concept is also used for other prop bets that aren't related to the final score total. For example, betting on individual player statistics like points scored uses an over/under system. What's more, some sportsbooks offer alternate lines, allowing you to pay more- or less- for a total that differs from the widely available one.

Over/under betting in Maryland can also be used in parlay bets. Parlays are an easy way for gamblers to massively increase their potential return without changing their stake.

Here are a few different Maryland over/under betting strategies you can try:

Looking at the final score can give you an idea as to what the total might be. Games where there is a big favorite often mean that one team is guaranteed to score lots of points and it will just come down to the actions of the other team.

Since overtime counts for the over/under, finding games where overtime is more likely gives you a chance at extra time for more scoring to occur. If you bet the over in a game between two evenly matched teams, that's a real possibility.

Looking at each team's offense and defense is a great starting point for betting over/unders in Maryland. If a team is trending in a certain direction, for example, their offense has picked up over the last month, that can be a good clue as to how the game will go.

Looking at the pace a team plays at can be very helpful when betting over/unders in Maryland. For example, hockey teams that have more shots or basketball teams that have more possessions tend to have higher-scoring games. One thing to keep in mind is that this is often priced into the line.

If you see a line moving quickly in one direction, it can often be because of lots of money from professional gamblers pushing it that way. Just make sure you catch it while it's still moving and don't get stuck with the worst number.

The over/under in Maryland betting is determined by the sportsbooks who put plenty of resources, including money and man-hours, into developing these lines. They take into account every factor you could imagine, from the weather of different games to the coaching style of each team.

Over/under lines will be released far in advance of each game starting. As gamblers make their bets, the lines will shift to reflect how the sportsbook thinks they can best cover their liability.

Hopefully, this guide helped teach you something that you didn't know and will lead to more money for you when gambling. Predicting the game total is one of the most common bets for gamblers of all experience levels.

An over/under bet works by gamblers predicting if the final score of both teams will combine to be greater or lesser than a betting line released by sportsbooks before the game.

If the over/under lands exactly on the number, then it's considered a push. This can be thought of like a tie and all gamblers are returned their money. 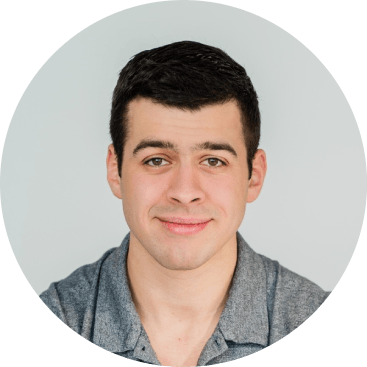 Noah Strang is a freelance sports reporter with extensive experience in the worlds of sports gambling and sports cards. He's worked as accredited NHL media and contributed for a variety of publications across the web. You can find more of his work or contact him at his Twitter @noahstrang_.