From the NFL’s Ravens and Commanders to Minor League Baseball’s Bowie Baysox, Maryland has thousands of sports fans scattered all over the state.

And soon, those fans will be able take part in mobile Maryland sports betting.

While the Ravens, Commanders and Orioles might be deemed the most popular teams in Maryland, how much noise have they actually made online over the last 12 months?

To determine the most popular teams in Maryland, we analyzed the number of Google searches each recorded over the last 12 months. We then calculated the average monthly volume and ranked the top franchises. Read on to see where your team places! 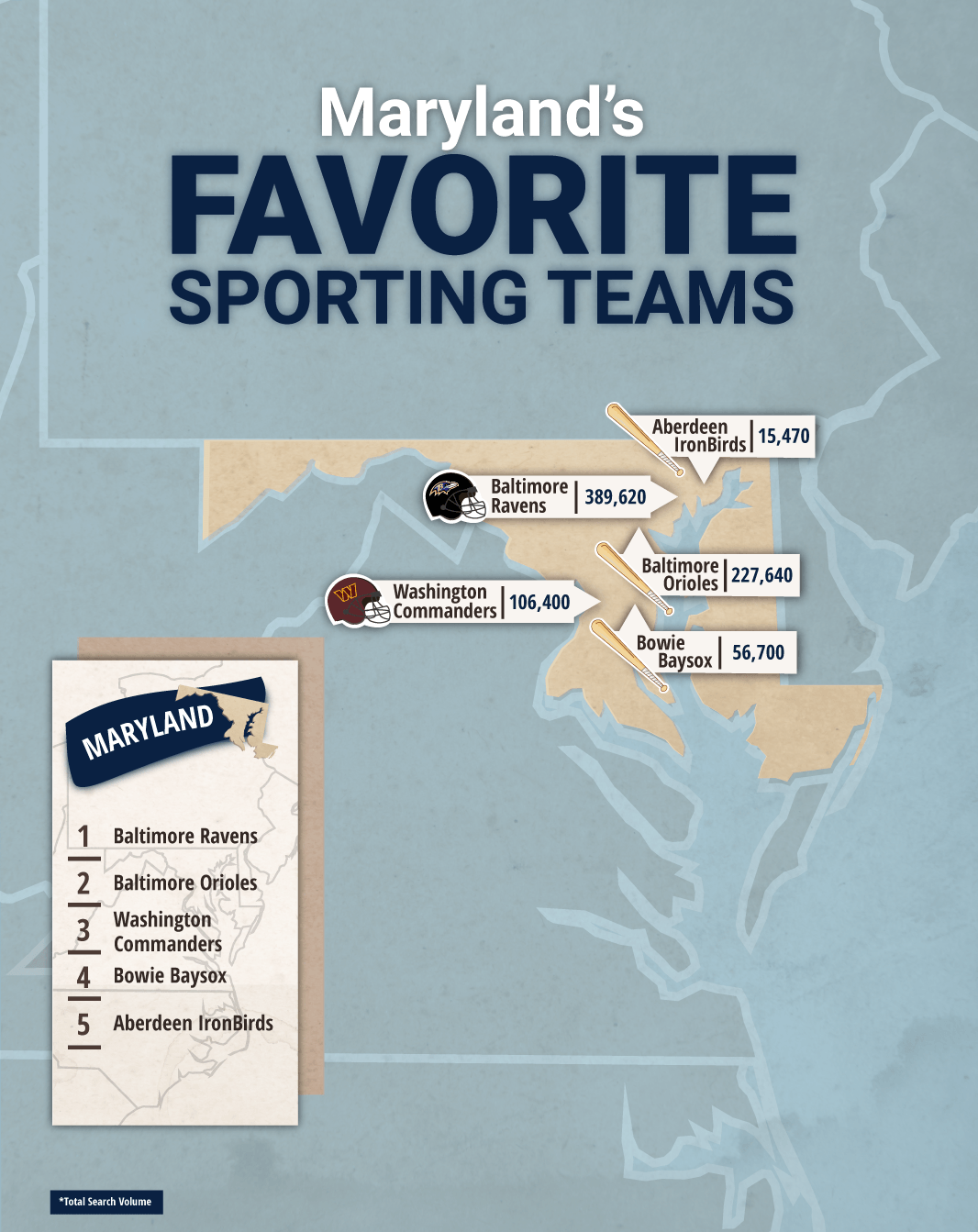 The Ravens have won the Super Bowl twice, with a victory in each of the last two decades, and fans will be hoping to make it a third this season. The Ravens have partnered with BetMGM so be sure to look out for special BetMGM Maryland bonus codes specific to the team.

The Orioles haven’t been featured in the World Series since 1983, the last time they won the championship. But the Orioles could be a favorite of Maryland betting apps next season after engineering one of the 10-best single-season turnarounds in MLB history in 2022.

Bowie Baysox are a Minor League Baseball team, with an affiliation with the Baltimore Orioles. They rank fourth among Maryland’s best loved sports teams, with 56,700 Google searches by fans each month, ahead of other Minor League teams like the Aberdeen IronBirds and Delmarva Shorebirds. This includes 1,600 (4th) searches in Baltimore.

In fifth with 15,470 Google searches a month, including 1,300 (5th) in Baltimore, we have Maryland’s second-most popular Minor League Baseball team: the Aberdeen IronBirds. The IronBirds are a High-A class team with a strong affiliation with MLB franchise the Baltimore Orioles.

Maryland’s Most Popular Teams by City


Watching sports is one of the most popular pastimes in Maryland, so it should come as no surprise to see such large search volumes for each of the state’s most popular teams. When online sports betting goes live in the state, come to BetMaryland.com for all the best Maryland sportsbook promos.